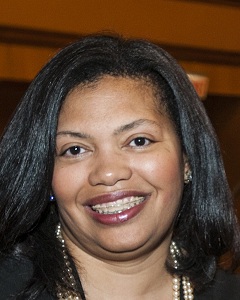 Viola Vaughan-Eden has provided child and family counseling services to the Southeastern Virginia community for more than 30 years.  Following her Master of Social Work (MSW) degree in 1987, she worked for eight years as a psychotherapist in Norfolk at The Barry Robinson residential treatment center for emotionally and behaviorally troubled youth.  Next, she was a founding staff member of a Child Abuse Program that eventually became a nationally accredited Children's Advocacy Center at Children's Hospital of the King's Daughters.  Since 2002, she has been in private practice in Hampton Roads offering mental health services to trauma victims and their families.  In 2003, she completed her dissertation on parenting sexually abused children earning a PhD in Social Work from Virginia Commonwealth University.  Currently, she is Professor and PhD Program Director with The Ethelyn R. Strong School of Social Work at Norfolk State University.  She is also the co-founder and Chief Experience Officer (CXO) of The UP Institute, a think tank for upstream child abuse solutions.

Throughout her career, Dr. Vaughan-Eden has evaluated and consulted on more than 2,500 cases of maltreatment and provided expert testimony more than 600 times.  She has trained MSW students, psychology interns, medical residents, physicians, social workers, guardians ad litem, judges, and law enforcement to enhance their awareness of child development, assessment, and treatment.  She has served as an expert witness in more than 22 jurisdictions within Virginia as well as California, Louisiana, Maryland, Montana, North Carolina, Tennessee, Vermont, Washington and three branches of U.S. Military Court.  In order to enhance her understanding of the judicial system, she attended Loyola University Chicago Law School obtaining a Master of Jurisprudence in Children's Law and Policy in 2013.

As a result of being an expert witness in family courts for more than 25 years, Dr. Vaughan-Eden is active in establishing Collaborative Divorce Solutions in the Hampton Roads community.  Collaborative practice is a non-adversarial process in which couples select a team of professionals to assist them through their divorce.  Collaborative Divorce Solutions helps non-violent families resolve co-parenting issues without court involvement.  By serving as a child specialist and a divorce coach, she is able to help couples and families get through a difficult process while supporting their sense of self-determination.  She found that litigated divorces are often emotionally destructive to families, especially children, therefore she uses collaborative practice as a constructive way to make the transition.

Dr. Vaughan-Eden is the President Emerita of the American Professional Society on the Abuse of Children (APSAC), President Emerita of the National Partnership to End Interpersonal Violence Across the Lifespan (NPEIV), and Immediate Past-President of the National Organization of Forensic Social Work (NOFSW).  Additionally, Dr. Vaughan-Eden is the former Editor-in-Chief of the Journal for Forensic Social Work, former Editorial Advisor for the Journal of Social Work Education, as well as serves on the editorial board and/or as a reviewer for several other national research journals.  She taught for several years as an adjunct professor in the MSW program at Virginia Commonwealth University.

Dr. Vaughan-Eden has lectured on child abuse and forensic social work throughout the United States and abroad including Ireland, Japan, Netherlands, Russia, Spain, Turkey and United Arab Emirates.  In 2016, she was an invited panelist at a Congressional Briefing entitled Protecting Child Safety in Family Court sponsored by U.S. Congressman Ted Poe (R-TX) with former Congressman Greg Laughlin, Domestic Violence Legal Empowerment and Appeals Project (DV LEAP), Advocates for Child Empowerment and Safety (ACES), and the National Partnership to End Interpersonal Violence (NPEIV).  In 2015, Dr. Vaughan-Eden was invited by U.S. Congressman Alcee Hastings (D-FL) and the National Partnership to End Interpersonal Violence (NPEIV) to speak at the Congressional Briefing Spare the Rod, Protect the Child: A Reconsideration of Corporal Punishment of Children in Homes and Schools.  In 2011, she participated in the First Russian-American Child Welfare Forum, a historic event in Russia as part of Obama-Medvedev's Bilateral Presidential Commission's Civil Society Working Group and was co-chair of the Second (2012) and Third (2013) Forums.  She also was an invited participant of the International Society for Prevention of Child Abuse and Neglect (ISPCAN) Round-Table 2011: Child Sexual Abuse, a Review of Practical Interventions from an International Perspective.

Dr. Vaughan-Eden is the recipient of numerous awards and honors - 2011 National Children's Advocacy Center's Outstanding Service Award in Mental Health, the 2012 National Association of Social Workers - Virginia Chapter Lifetime Achievement Award, and in 2013 was recognized by the Children's Rights Commissioner for the President of the Russian Federation for Excellence in Child Advocacy.  In 2014, she was honored in her local community by Champions for Children: Prevent Child Abuse Hampton Roads and in 2015, by Family and Children's Trust Fund of Virginia (and the former Governor's Advisory Board on Child Abuse and Neglect).  In 2016, she was named President Emerita of the American Professional Society on the Abuse of Children.  In 2019, she was selected as a Council of Social Work Education Leadership Scholar, named President Emerita of the National Partnership to End Interpersonal Violence, and given the APSAC Outstanding Service Award.  In 2020, she received the SOL GOTHARD LIFETIME ACHIEVEMENT AWARD from the National Organization of Forensic Social Work.  In 2021, Dr. Vaughan-Eden was appointed to the Beau Biden Foundation for Child Protection.